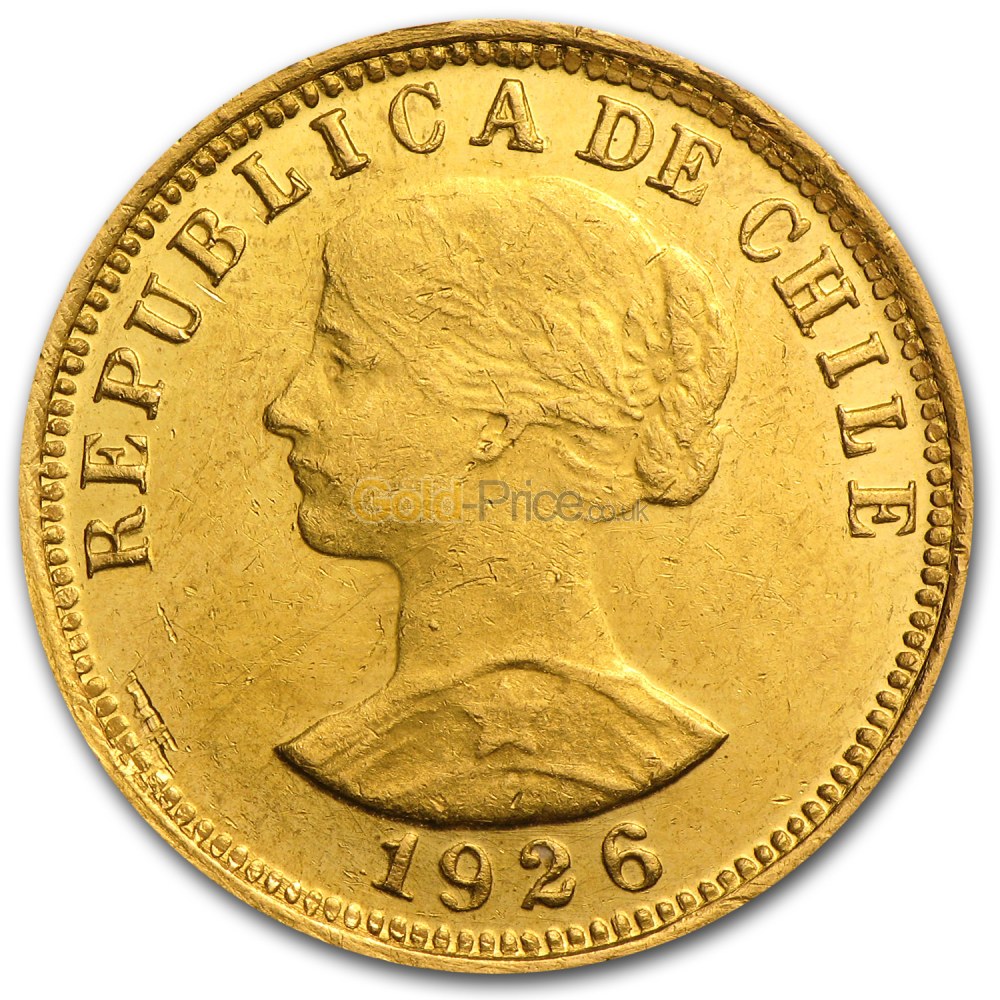 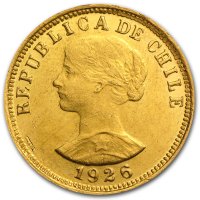 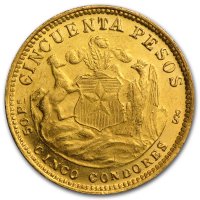 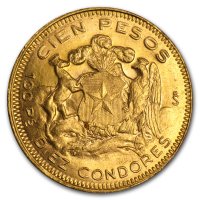 The peso has been the currency of Chile since 1817. In 1835 copper coins were added and in 1851 the peso was subdivided and pegged to equal the French franc. A gold standard was adopted in 1885 to peg the British pound. Various editions have been struck throughout history with different weights, denominations in silver and gold, changing motifs, and values. The 2008 series of the 50 peso coins have the country name spelled wrong, and the national mint chose not to recall them. The current peso has been in circulation since 1975.

Mint: Casa de Moneda Denomination: $1, $5, $10, $50, $100, $500 Precious Metal: The coins are made from a variety of metals, such as copper, aluminum, zinc, nickle, gold, and silver. Each denomination and metal comes with its own millesimal fineness. Weight: Each grade of metal for each coin is different and has its own weight in grams.Diameter: 20 - 25mm Thickness: 2.50mm Edge: Milled

Front Motif: Each denomination and precious metal has its own image from a wreathed female in Chilean dress and a five pointed star on her shoulder to prominent historical figures like Silva Henriquez, Cardinal Raúl, and Bernardo O'Higgins.

Reverse Motif: All coins are surrounded by a wreath on either side of the value, the date the coin was minted.

You can see the historical prices for the Chile Peso in the chart section.
Subsequent is the price comparison: Buy Chile Peso gold coin.

All product ratings for Chile Peso