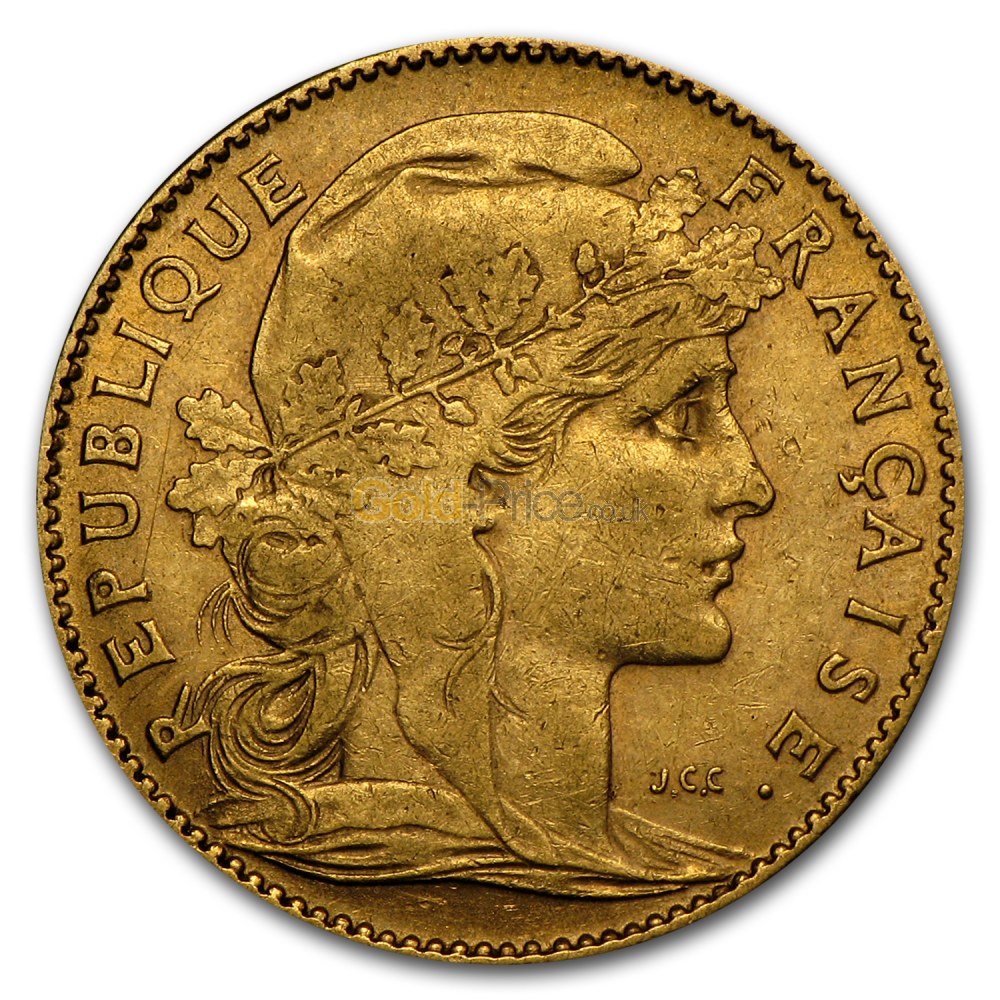 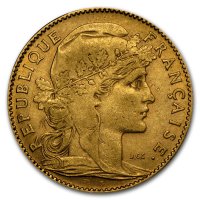 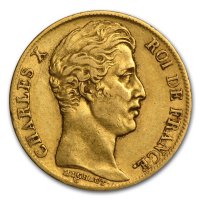 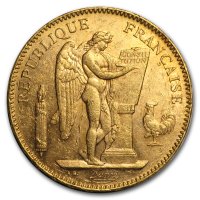 The first French franc was struck in 1360 when King John was ransomed from British captivity. Franc coins were discontinued and fell out of use in 1642 when the franc was replaced with the Louis d’or and Eco although the name franc continued to be used. Francs were revived during the revolutionary era in 1795 when they were adopted as the official currency of France. In 1879 the franc was placed under government control for exclusive minting rights. Throughout history, the franc has undergone many changes of motifs, metals, value, weights, thicknesses, and millesimal fineness until France adopted the euro as its official currency in 2002.

Front Motif: The first coin was of King John on horseback, and once the franc was abolished the motif changed with almost every minting.

Reverse Motif: Depicted King John on horseback, and then changed with almost every minting after the franc was done away with in 1642.

You can see the historical prices for the French Francs in the chart section.
Subsequent is the price comparison: Buy French Francs gold coin.

All product ratings for French Francs