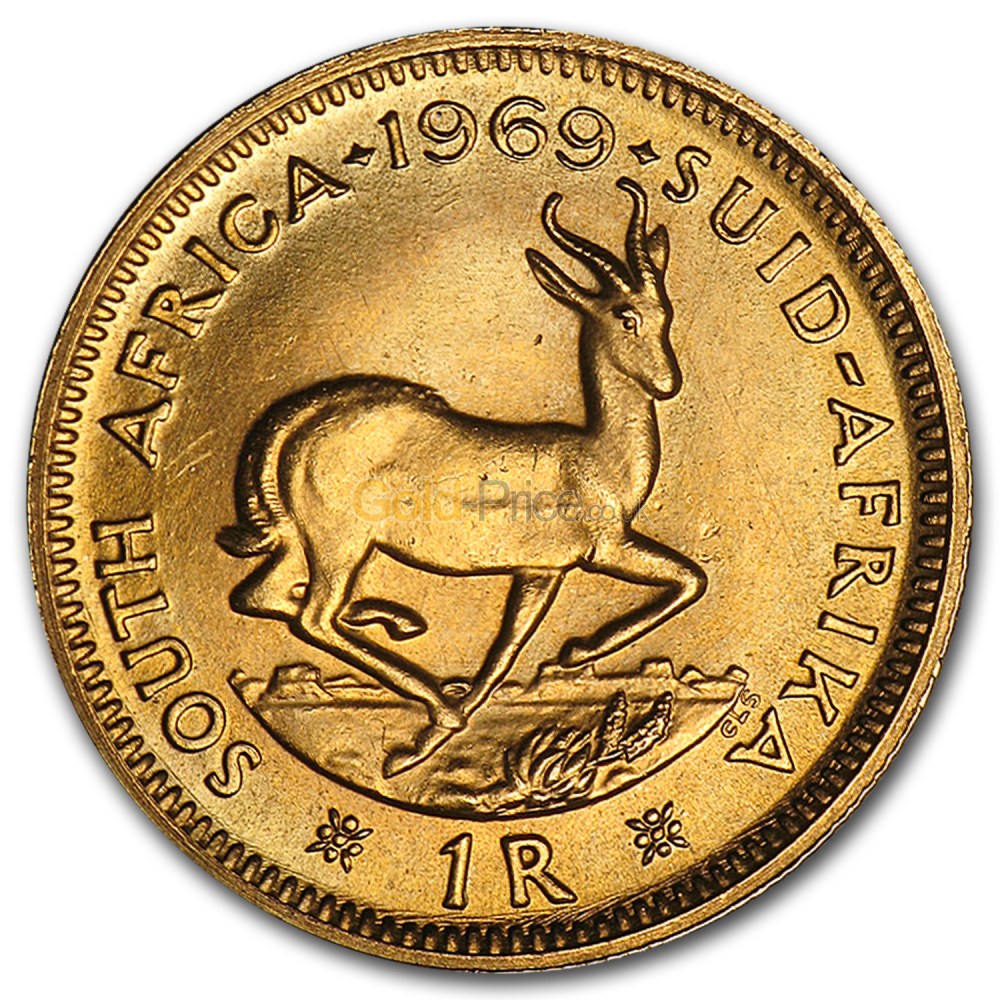 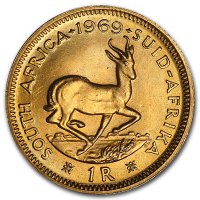 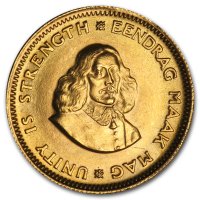 The Rand is the currency of the Common Monetary Area between South Africa, Lesotho, and Swaziland. Namibia withdrew from the Common Monetary Area, but still uses the Rand today. They were first struck in 1961 in denominations of ½, 1, 2½, 5, 10, 20, and 50c. In 1965 the 2c coins relapsed the 2½c coins, and in 1973 the ½c was last reproduced for circulation. In 1989 the R2 was introduced and followed by the R5 in 1994. In 2002 the 1 and 2c coins were discontinued. 2004 saw the new R5 with security features to prevent counterfeiting with a bi-metal composition and serrated grooves around the rim and micro-lettering.

Reverse Motif: 10c rand: Arum Lily at left and the value at right. 20c rand: Royal protea flower and value. 50c rand: A bird of paradise flower with the value. The R1 has the value, the lettering: SOLI DEO GLORIA LL, and a springbok. R2 has the greater kudu, and the value of the coin. R5 has a Wildebeest, the value, and a ring of lines that say SARB in microtext along the right and left sides.

You can see the historical prices for the Rand in the chart section.
Subsequent is the price comparison: Buy Rand gold coin.

All product ratings for Rand